During a promotion action at the Binnenhof (seat of the Dutch parliament) Minister and D66 leader Sigrid Kaag received the manifest which stipulates to use the Sustainable Development Goals (SDGs) as guidelines for a coalition agreement. To symbolize her support she hit a hammer on the ‘Kop van Jut’ (a Dutch game) in the SDG colors.

Handing over the manifest was the last action as part of the campaign for a Sustainable Coalition Agreement. Since kicking off the campaign in January 2021 over 2100 organizations and 4300 citizens have signed the manifest.

During the handover Sigrid Kaag, Minister of Foreign Affairs, stated to be a proponent to have the SDGs as a compass for the new coalition agreement. “This has been my position for years”, she said. The goals are also good for quantifying challenges, because, she indicated “To measure is to know”.

The 17 Goals were agreed in 2015 by all member states of the United Nations, but have never been translated into a national plan for The Netherlands. Kaag already indicated before she would like such a plan.

She said she was pleased that such a wide network supported the goals, including youth movements. You show that society is working on it’. To reinforce her point, the minister banged a hammer – a nod to the informateur – on a face covered in SDG colours. 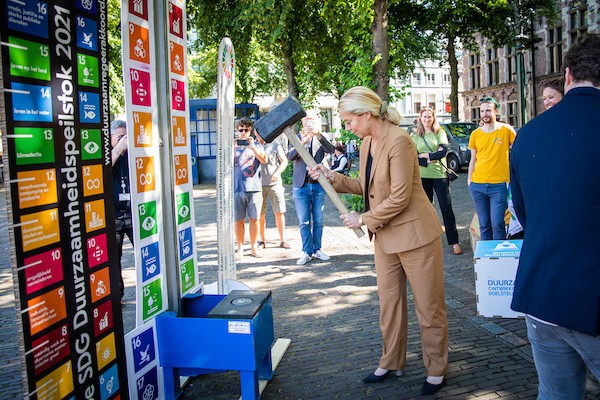 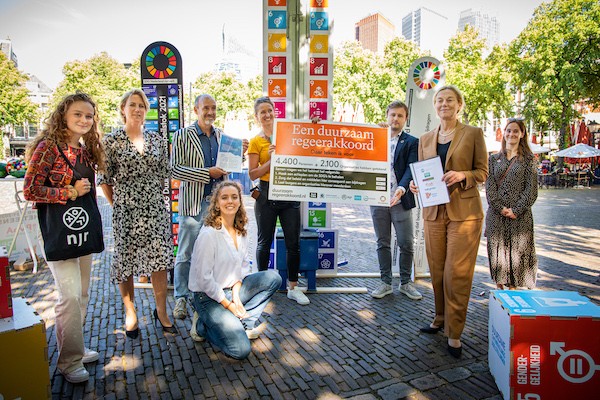 Earlier that day also Minister of Justice Ferd Grapperhaus (CDA) took up the hammer. He received the manifest and called the SDGs “very important goals”.

More prominent members of parliament visited the promotion action, such as Jesse Klaver (GroenLinks. “The whole coalition agreement should be a SDG action plan”, he said. “I don’t want another action plan that disappears in some drawer”. Farid Azarkan (DENK) indicated that the SDGs should be taken serious not only internationally, but also domestically in The Netherlands.

The Sustainability Consultation Political Parties (DOPP) joined the action at the Binnenhof. The six networks Sustainability of VVD, CDA, D66, GroenLinks, PvdA and Volt worked together to work on the SDGs and show working across party lines is possible.

The main message to Kaag, Grapperhaus, and others is threefold. One: create an action plan to achieve the SDGs. Two: ensure policy and resources support this effort consistently. Three: include citizens and organization in the process.

The campaign for a Sustainable Coalition Agreement is an initiative from SDG Nederland, the networking organization for the Sustainable Development Goals in The Netherlands. 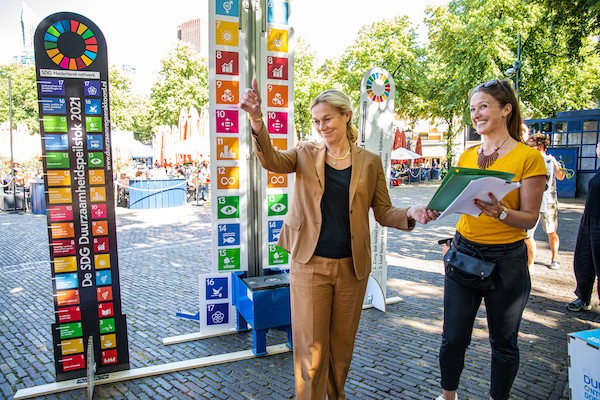 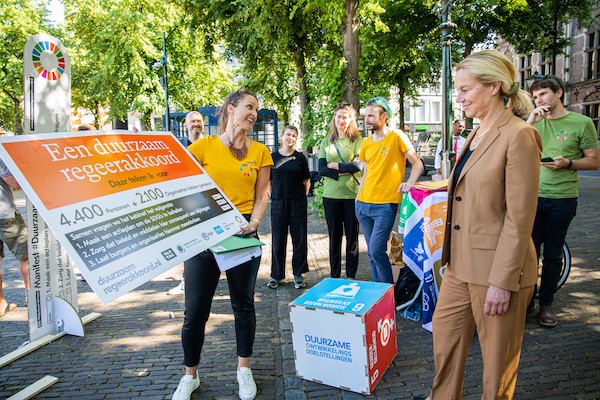