Look back with us on the National Sustainability Congress

On 11 November 2021, the National Sustainability Congress (NSC) took place at Theather Gooiland in Hilversum. This year, it was a special edition, the 20th anniversary. It was completely sold out, 750+ visitors. The day started with the ‘CEO Breakfast‘. During this breakfast, CEOs of 9 leading companies joined the UN Race to Zero. The program at the congress was filled with interesting workshops, panel discussions, and inspiring keynote speakers. Keynote speakers such as Paul Polman, Co-Chair of the UN Global Compact, Mariëtte Hamer, President at SER, and Ingrid Thijssen, President at VNO-NCW.

To look back on this inspiring congress, we interviewed Folkert van der Molen, co-organizer of the National Sustainability Congress and owner of Van der Molen E.I.S.. 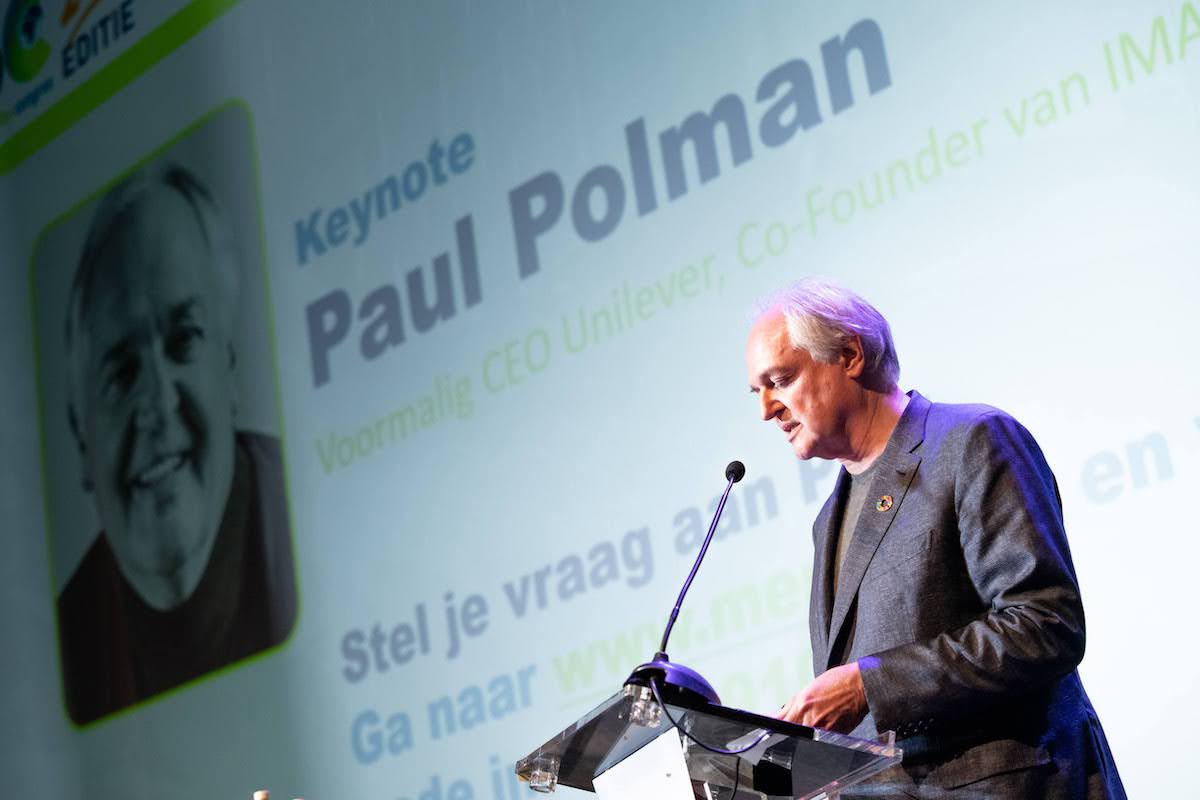 Very inspiring and thought-provoking with a clear call for leadership and action.”

“My name is Folkert van der Molen, an entrepreneur and run a number of web portals on sustainability including the ‘Online Kenniscentrum Duurzaam Ondernemen’ and ‘Portaal Duurzaam Financieel’. In the year 2000, I, together with CKC Seminars, initiated the National Sustainability Congress. I have organized the content of all the 20 editions.”

The Sustainable Development Goals (SDGs) consist of 17 goals. Which of the 17 SDGs means the most to you?

“SDG 12, Sustainable Consumption and Production, means the most to me. This is because I have the most content with it. Also, my main portal, the Online Knowledge Center Sustainable Business, is actually entirely dedicated to this SDG.”

Could you tell more about the National Sustainability Congress?

“Get to work; the time for nice words and good intentions is over.

Which speaker or session made the most impression on you?

“As an organizer, I have limited experience in the program. I was busy hosting speakers and with other kinds of organizational matters. What I have heard widely is that Paul Polman’s keynote speech was the highlight. Very inspiring and thought-provoking with a clear call for leadership and action.

Afterward, I told him that in all the years that he was CEO at Unilever I had never succeeded in getting him to speak. I was therefore very grateful that it had finally happened, and that on the 20th anniversary.”

Did the event result in concrete actions?

“For many, it had been about 2 years since, because of the pandemic, they had attended such a large-scale sustainability event. The new connections are bound to lead to new agreements and ideas that will lead to actions. The film premiere of ‘Beyond Zero’, following the conference in the evening, was also a call for action to a full house. With the ‘100 Months to Change‘ transformation program that was introduced after the film screening, companies can quickly take action with the tools provided. For example, by putting together an ‘eco-team’ within the company (similar to Interface).”

What would you like to give readers who want to start working with sustainability?

“Get to work; the time for nice words and good intentions is over. Close coalitions, trial and error, learn from mistakes and make progress!”

Photos of the CEO Breakfast: ​​https://photos.app.goo.gl/RXLu2J82NNY9Xp4S6

Photo’s of the highlights of the NSC: https://photos.app.goo.gl/XMDsi6eNaBs2HTv28