HILVERSUM – This morning a group of leading CEOs announced that their companies have joined the UN Race to Zero, which is the UN-backed global campaign rallying non-state actors across the global economy to take rigorous and immediate action to halve global emissions by 2030 and deliver a healthier and fairer zero carbon world in time.

The pledge was made during the CEO breakfast session chaired by business leader and changemaker, Mr. Paul Polman. The companies FrieslandCampina, Eneco, Port of Rotterdam, Nederlandse Spoorwegen, Compass Group Netherlands, Randstad, Vebego, and Rabobank attended the event and signed the statement. The companies are committed to the Science Based Targets initiative (‘SBTi’) Business Ambition for 1.5⁰C pledge, or the Net-Zero Banking Alliance. Both are official partners of the Race to Zero campaign. The companies committed to having ambitious interim science-based targets aligned with limiting global warming to 1.5°C and/or to reach net-zero global emissions by 2050 at the latest. They realize that more ambition is needed to combat the ever more visible and concrete danger of climate change, and with this commitment they promise to accelerate their decarbonization efforts.

The CEO breakfast was organized on the morning of the Dutch National Sustainability Congress 2021 and on day eleven of the 26th UN Climate Change Conference of the Parties (COP26). The objective of this CEO breakfast was to build momentum around the shift to a decarbonized economy at COP26, sending national governments a resounding signal that business, cities, regions and investors are united in meeting the Paris goals.

Business Ambition for 1.5°C is led by the SBTi in partnership with the UN Global Compact and the We Mean Business Coalition. It is an urgent call to action from a global coalition of UN agencies, business and industry leaders, in partnership with the Race to Zero. So far, over 950 companies have signed the Business Ambition for 1.5°C commitment. The targets of these businesses have been or will be independently validated by the technical experts of SBTi.

The CEO breakfast was organized the morning of the special 20th anniversary edition of the Nationaal Sustainability Congres (NSC), the longest existing sustainability congress in the world. The breakfast was organized by Global Compact Network Netherlands, and the NSC organizers Van der Molen E.I.S., CKC Seminars and Sustainalize (ERM Group). The catering was sponsored by Famous Flavours. 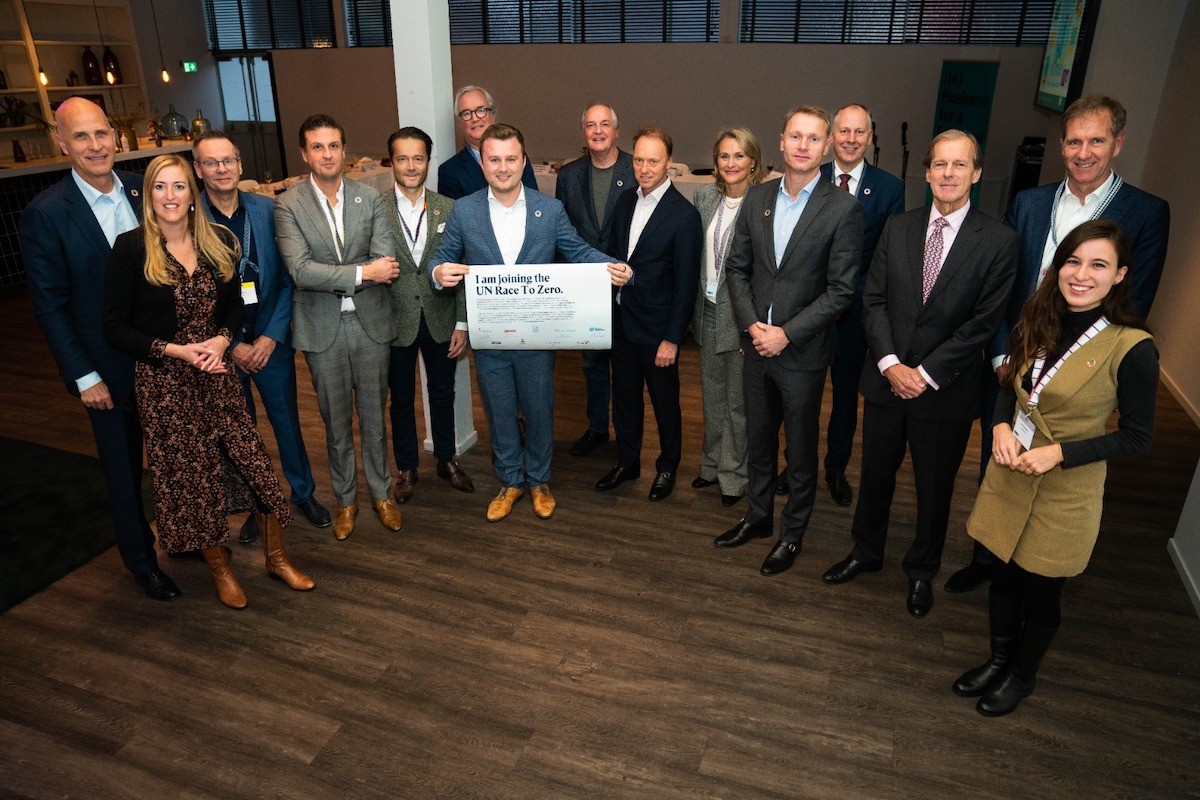